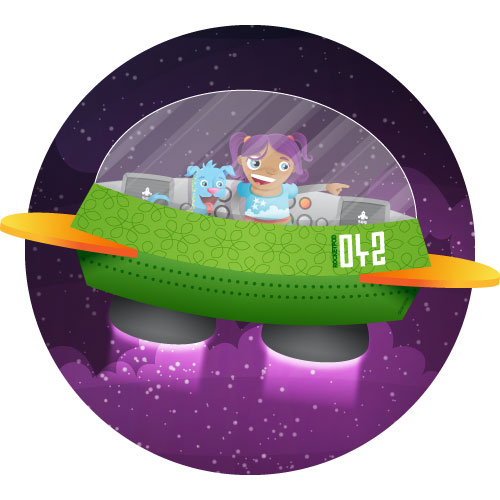 ‘Grace from Outer Space’, (code name GfOS) is a fictional, but scientifically factual, picture book story about a young girl who lives in the distant future on an interstellar space ship with her family.

Stylistically, it is a slice-of-life story filled with interesting space science facts, such as the speed of light and the temperature of the sun, plus big concepts like black holes and dark energy.

The book is written in rhyming couplets and chock-full of creativity. Both young children and grown-ups will enjoy reading this amusing and educational story together.

GfOS is an exciting concept: this book will give young girls a STEM-based literary heroine to admire and aspire to be like.

Jenna Bryson is the author and creator of Grace from Outer Space. She grew up in Columbia, Maryland and, although she loved “Bill Nye the Science Guy” as a kid, she attended college at University of Maryland, Baltimore County, and graduated with a B.A. in Theatre with a concentration in acting. After graduation, she moved to Los Angeles, California to pursue acting and music, eventually teaching herself guitar and writing songs. Since 2001, she’s made her living by planning and performing at children’s parties, and in 2011, Jenna independently released her debut album “make/believe”.

In 2012, after binge-watching everything about outer space, she became obsessed with cosmology. Wishing that she had taken a real interest in S.T.E.M. as a student, and wondering why there were countless princesses, but zero space-faring heroines for kids, it dawned on her that she could use her songwriting and children’s entertainment know-how to create a story that would not only help bridge the gender gap in children’s media, but also help future generations to develop a passion for science.

She wrote the first draft of “Grace from Outer Space” in the summer of 2012. When the publisher rejections started rolling in, she took the project to Kickstarter. Although the first campaign in the summer of 2013 was unsuccessful, thanks to a large outpouring of support from would-be fans and media outlets (such as Mashable.com, GeekMom.com, and the NBC Los Angeles news), the second Kickstarter campaign succeeded in raising 163% of its funding goal.

Jenna hopes that ‘Grace’ will become a series of books, a cartoon, and a live show, too (complete with original songs about science, of course). Her goal is to reach millions of little girls and boys, and ignite within them an insatiable curiosity about science, the universe, and the wonder of life.

Links to Jenna’s music releases can be found through her personal website jennabryson.com 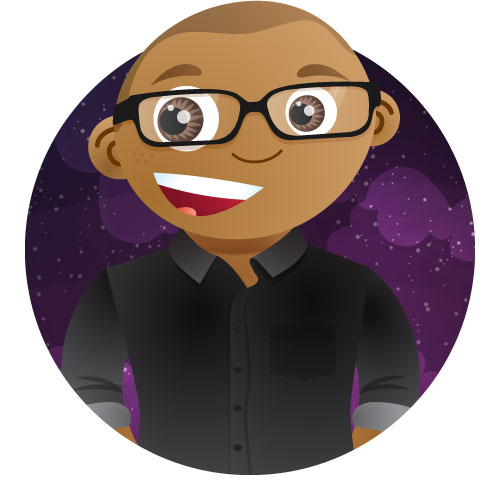 Mike Davis is the illustrator for Grace from Outer Space. Born a doodler, there is no end to the number of stories that can be told of how as a child he would color on walls, paper scraps, sidewalks, or anything that was available. He can remember at a young age watching the local PBS channel and enjoying shows like “Mr. Rogers Neighborhood”, where he learned about story telling, and “Mark Kistler’s Imagination Station”, where he got his first bits of art education.He studied art, art history, and graphic design at Michigan State University earning a B.F.A. in Studio Art with a concentration in Graphic Design. While attending MSU, he learned a great deal of what it takes to visually communicate ideas through graphics and illustrations. His experience has led him to understand that creative design and thoughtful solutions can communicate, inform, and inspire.

He has worked as a professional designer for more than a decade in the Mid-Michigan area. While he loves designing and solving design problems his dream has always been to illustrate a children’s book. So, when Jenna contacted him after seeing some of his artwork, he was so excited about the idea of working on the project. He never would have thought that posting some of his illustrations online would lead to such an amazing opportunity.

He is particularly excited about working on Grace from Outer Space because he has three daughters of his own. He hopes that through Grace, they will have a female literary heroine who will show them that it is okay to be a girl, be smart, and like science.

Mike lives in East Lansing with his wife Leanne and three daughters Emmerson, Elliot, and Laingston. He provides website, logo/branding, and many other types of creative design, as well as vibrant, beautiful, kid-friendly artwork. You can view more of his work at his official website mdavis.in 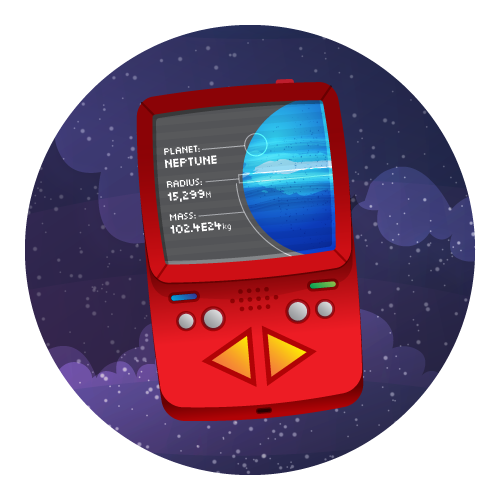 Grace is always exploring new things in the universe and would love to share her adventures with you. Sign up to keep up to date on all that is going on with Grace and with the Grace from Outer Space project.